Brand New Book From a Friend

My fabulous friend Jenn Nixon has a new book out. Yay! MIND: The Reckoning ON SALE 10/25! 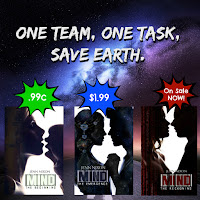 Fan Favorite, Baldwin Bates, finally gets his own story and HEA in book three MIND: The Reckoning. To celebrate the new release, books 1 & 2 are both on sale for the rest of the week! You can find all three books here: www.amazon.com/Jenn-Nixon/e/B002BLNBBQ MIND: The Beginning .99c, MIND: The Emergence $1.99

Baldwin Bates has only wanted one thing since joining MIND, to take care of his friends and keep them all safe. While the Meta-Alien Investigation and Neutralization Department is busy monitoring an emergence of human psychic and alien activity, Bates takes his first solo assignment searching for a woman who claims to see the future, only to botch it up and let her get away.

After helping to destroy an alien device called the Transcender, Lexa Quinn wakes from a two-week coma a very different person than she was before. While her abilities grow stronger, her feelings for Bates begin to interfere with the MIND team's mission, putting everyone at risk. Secrets from her past threaten the present and future, forcing Lexa to decide who she is and where she belongs.

When a powerful, ancient enemy lays claim to the Earth and brings his judgment upon the population, Bates, Lexa, and the entire MIND team must do whatever it takes to save the human race before the reckoning is complete.

As Bates bypassed the crafters and artists, the scent of Asian BBQ wafted through the air. He grumbled along with his stomach and hoped a few of them stuck around so he could pick something up on his way out.

"How’s it going?" Dina Ranger asked via his earcomm, jolting him.

"Shit! Forgot I had this bloody thing in," he replied, taking a breath and shutting his eyes for a second.

"Have to get used to it if you want to be in the field...alone."

"Unlike your brother, I need some me time, Sherlock." This time, he chuckled when he felt her brush his mind with calming thoughts. "How’s Lexa? Any change?"

"Me either," he said with a sigh, quickly putting it out of his mind to maintain his focus. "I just got to the park. I’ll check in before I leave."

"Okay. And whatever has you so hungry bring some back. Talk to ya."

Shaking his head, Bates waited for the static of the comm to fade before pushing farther into the park, eyeing the tables and tents, but mostly their occupants, searching for a face. Miss Takashi had a pretty face, although older now, since the photo from the collective Meta-alien Investigation and Neutralization Department database was almost one hundred years old.

When he neared the end of the first row of vendor tents, he took in the sight of the city across the river, and then found the second and final row of vendors left to search.

Toward the middle of the second row, Bates slowed, eyeing a colorful booth, shrouded in light purple curtains, and a sign that screamed for attention. When a face-painted toddler, followed by a frantic parent, came running out of the booth, he barely sidestepped out of the way. The parent offered Bates a weary shrug. He nodded politely and carried onward, finally seeing a sign for "Madam Takashi" two booths down.

Author Bio: Jenn Nixon’s love of writing started the year she received her first diary and Nancy Drew novel. Throughout her teenage years, she kept a diary of her personal thoughts and feelings but graduated from Nancy Drew to other mystery suspense novels.

Jenn often adds a thriller and suspense element to anything she writes be it Romance, Science Fiction, or Fantasy. When not writing, she spends her time reading, observing pop culture, playing with her two dogs, and working on various charitable projects in her home state of New Jersey.

Posted by Dana Marton at 2:25 PM No comments:

9 Days to New Release...I'm growing gray hairs as we speak 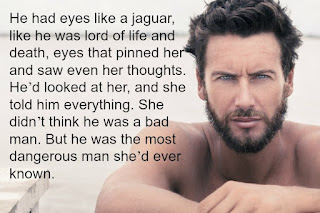 I can't tell you how much I LOVE my new book GIRL IN THE WATER. And I'm holding my breath until I hear back from readers. There are books that I struggle over, wrestle with each decision, write a chapter then delete a chapter. The book I'm working on now, the third installment of the Hardstorm Saga is like that. GIRL IN THE WATER wasn't.

About three years ago, sitting on Rehoboth Beach in Delaware with my sister, I had the first chapter of a book pop into my head--a young woman in dire straits in the Amazon rain forest. I wrote it down--authors never go anywhere without a notebook, not even the beach--then read it out loud on the spot to my sister who loved it as much as I did. (Getting funny looks from people sunbathing around us.) And then...NOTHING. I LOVED Daniela. I LOVED the setting. I knew she had a wonderful, epic adventure that I must tell, but I didn't know what it was. My muse sent me one chapter that I was completely in love with, and then not one more word. So I moved on to other stories.

Then three years go by, I'm up with insomnia one night, and the rest of GIRL IN THE WATER comes to me at around three in the morning. The whole book. I started typing and had the first draft in about six days. I was too afraid of stopping and losing the flow.

This book was not in my schedule for 2016, but I couldn’t turn away from Daniela and Ian. I don’t think I’ve ever written a more mismatched couple, with more scars, more in need of redemption, who somehow, against all odds, are perfect for each other.

I might have written the first draft in six days, but then I spent another four month editing, going through every sentence, every word, to make sure I got it right. I hope I did. Please let me know what you think, once you read it. 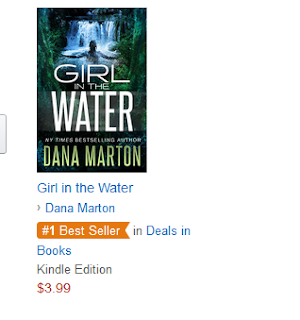 P.S.: For my new giveaway, click on the CONTEST tab at www.DanaMarton.com
Posted by Dana Marton at 10:38 AM No comments: