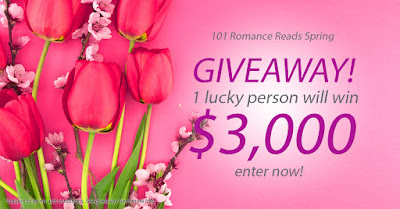 Attention all awesome people! This month is a cool time to be a reader. 101 of your favorite authors contributed to one massive giveaway! Giveaway rules are listed on the rafflecopter. International peeps can play! Got any questions? Feel free to ask. There are 100 ways to enter for a maximum possible 500+ entries per person. The giveaway lasts the entire month of April, so come back every day and hammer away at a few more entries until you're all done! ONE PERSON WILL WIN $3,000 USD! That's the biggest giveaway I've seen recently! Tell your buds! Don't miss out. You'll kick yourself if you miss this one.

a Rafflecopter giveaway
Terms & conditions are listed on the rafflecopter. Read it for full details. The winner will be chosen on May 1, 2016 and contacted via the email address they used to enter. CHECK YOUR EMAIL! The winner's name will also be posted on the rafflecopter widget above. Participating Romance Authors: 101 different authors came together to make this giveaway possible. If you've been looking for a new book boyfriend, or you're literally famished between your fave author's releases, check out some of my peeps! They write in various hot romance genres including contemporary romance, new adult romance, erotic romance, steamy romance, urban fantasy romance, dystopian romance, historical romance, futuristic/ sci-fi/ fantasy romance, Teen/ YA romance, inspirational romance and time travel romance! [caption id="attachment_356" align="aligncenter" width="689"] 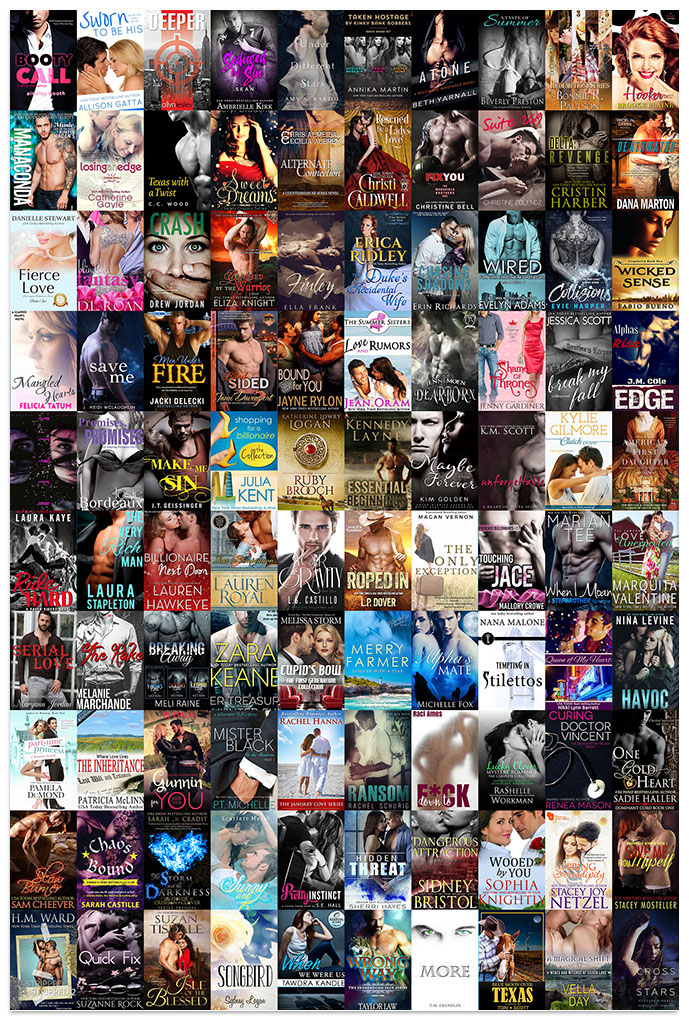 TERMS & CONDITIONS: Must be 18 years of age or older to win. No cash value. Void where prohibited. Open to international & US residents. *The winner will receive an e-gift card via PayPal in the amount of $3000USD for this prize.* Winner must have: 1. an email account, 2. may be requested to fill out additional paperwork for tax purposes, and 3. must have a PayPal account to accept the prize. We are not responsible for fees taken by PayPal for this transaction, nor are we in any way responsible for VAT and/ or taxes. We are not responsible for items damaged or lost in the e-mail. This promotion is in no way sponsored, endorsed or administered by, or associated with, Facebook. We hereby release Facebook of any liability. By entering you agree that we are in no way to be held liable for anything pertaining to this giveaway. Winner(s) will be contacted by email 72 hours after the giveaway ends. You must claim your prize within 48 hours or it is forfeited and another winner will be selected. If you have any additional questions - feel free to send us an email!
Posted by Dana Marton at 3:20 PM No comments:


This story is dedicated to the women and men who wait. 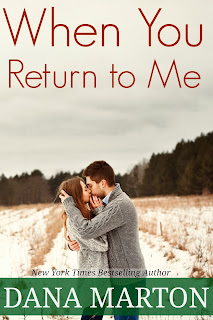 My most sincere gratitude goes to my wonderful Dana Marton Book Club on Facebook. My book club members picked the title, edited the story for me, and even helped with the cover. I’ve never met a group of people who are more fun, more knowledgeable about books, and kinder. Being your friend is a privilege!

When You Return to Me Copyright © 2015 Dana Marton
All rights reserved. Published in the United States of America. No part of this book maybe used or reproduced in any manner without the written permission of the author. www.danamarton.com

WHEN YOU RETURN TO ME
(A Broslin Creek Short Story)

Posted by Dana Marton at 8:36 AM No comments: