Some writer friends and I have been chatting about tortured heroes lately, and since my last hero was the most tortured man I've written yet, I thought I'd blog about the subject.

What is it about heroes with a tortured past that draws us to them? They're snarly, lone warriors who steal our hearts anyway. Who doesn't like a Beauty and the Beast story? It's been the theme of dozens of movies and TV shows. 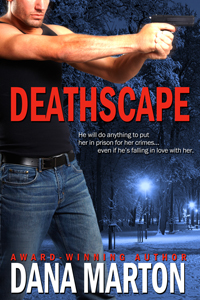 But is there such a thing as a hero too far gone? What if our protagonist crosses all the lines? Can a hero be past redemption?

Jack Sullivan, the hero of DEATHSCAPE, comes pretty close. He's an obsessed detective who's been following a serial killer across the country for most of his career. His only goal is to finish the man who kidnapped and killed his sister fifteen years ago. It's the darkest suspense I've written to date, and the one hero I wasn't always sure would make it. He's been so focused on the killer, he is becoming nearly as ruthless as the man he is hunting.

Maybe the smart thing to do would have been to write a heroine who is very strong mentally and has a super nurturing streak that could lift Jack out of his darkness. Ashley Price, however, is far from that ideal. She's recovering from an accident where a child has died. She's broken and struggles with major anxiety issues. Yet somehow, these two broken people ended up being perfect for each other.

Who is your favorite tortured hero in fiction? I'll be raffling off free books, as well as a $25 Amazon gift certificate among those who comment.